Master's degree course IN INTELLIGENCE at the University of CALABRIA: expiry of the questions Tuesday, September 18.

Can intelligence be the subject of a degree course? Not only is it possible but today it is even necessary. This is the proposal of the University of Calabria which opened the inscriptions for the attendance at the first Master's degree in Intelligence that expire on September 18 at 24 o'clock. The questions must be submitted following the instructions on the website www.unical.it. It can be accessed with a bachelor degree achieved in the most diverse disciplines, with the possibility of employment in the field of public and private security as intelligence analysts. The Ministry of the University has approved the innovative course of studies that can allow interesting employment opportunities not so much in the public as in the private sector. In fact, today we discuss every day of fake news but we forget that to expose them need to have the ability to identify the relevant information,! Comparing them and identifying the sources. And what method of dealing with the most effective information of the intelligence method? Not by chance at the end of the millennium was Bill Gates who said: "I have a simple but unwavering certainty: the success of a person or a company depends on how you collect, analyze and use the information." He basically described the intelligence method. It does not seem casual that such an initiative comes from a Southern university, because the University of Calabria Francesco Cossiga more than ten years supported to promote the first master of Intelligence in Italy. Which gave good fruit to make intelligence an academic study, as it happens in the United States, in Great Britain and in many other countries around the world. An initiative that demonstrates the innovation capacity that comes from noon and which is aimed at Italy, emphasizing the importance of safety as a priority element of development, which cannot be tackled on the wave of emotion but needs Of experts who study it seriamene taking into account the future prospects. And is not really the intelligence the matter that can help you predict what will happen? 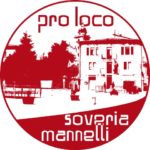