The RockOn – Martirano Lombardo returns in great style with a thirteenth edition dedicated to drummers in the company of two artists who have written some of the most important pages in the history of rock music. It is the case of Carl Palmer, one of the three Emerson, Lake & Palmer, the most famous trio of the prog Locanda delle Fate, and Vinny Appice, hard ' n ' heavy institution with prestigious past in Black Sabbath and God, protagonists of a "Drums Night" of international breadth that is managed to bring to Martirano two monuments of the battery for an event absolutely unique, as witnessed by numerous fans flocked in Piazza Matteotti from every where Puglia, Basilicata, Sicily and even Spain.

Two super guests for a night destined to leave the mark inside an event more and more prestigious and cross that over the years has managed to land in Calabria, for the first time in career, sacred monsters such as Robben Ford, Steve Vai and Steve Lukather.

After the Anglo-Saxon indie rock of the opening band, the Southern System, a very young Calabrian strongly indebted to the new Wave revival of Placebo and Editors, the "Drums Night" immediately entered the live with the highly anticipated return of Carl Palmer, now the only depositary of the musical legacy of the legendary ELP and special guest of the very first edition of the RockOn in the now distant 2006.

Accompanied by his Legacy elp, completed by Paul Bielatowicz and Simon Fitzpatrick the iconic English drummer Ben 7 nominated for best percussionist in the world between 1970 and 1982, he dedicated the entire set to his career alongside Keith Emerson and Greg Lake, Revisited in an extremely original way with the guitar of the good Bielatowicz engaged in an authentic Tour de force in an attempt to replace the swirling embroideries of the late "Hendrix of the Hammond".

A daring and risky choice for Palmer, who has, however, had the chance to refine the agreement with a trio with a high technical rate to make the approach certainly more heavy than its Legacy almost the natural evolution of a sound already at the time Decidedly futuristic. The result is a well-knit and convincing project, able to give new blood to immortal classics like "Karn Evil" (The Part II of First Impression), "Knife-Edge", "Trilogy", "Lucky Man", "Tarkus" and the sparkling adaptations in prog key of "Hoedown" and "Fanfare For the Common Man" by American composer Aaron Copland.

Particularly interesting, then, the showcases granted to his young collaborators: it is the case of the medley "from the Beginning – Take a Pebble – Maple Leaf Rag", by Simon Fitzpatrick, and of the solo guitar by Paul Bielatowicz culminated in an exciting arrangement For guitar of "Claire de lune" by Claude Debussy, not forgetting the surprising tribute to King Crimson with "21th Century schizoid Man", a progressive manifesto contained in the masterpiece "In the Court of the Crimson King", the band's debut album Led by the ingenious Robert Fripp.

The second time at Carl Palmer's RockOn has done nothing but confirm his status as a total drummer, raised in the myth of Gene Krupa and Buddy Rich and arrived to set a standard of universal drumming with which even today, at 68 years played , you need to confront. Just a legend.

Archived the extraordinary live of the Legacy ELP, closing with a bang with the great Vinny Appice, prominent character of the Golden age of heavy metal that has reworked the highlights of his enviable career accompanied by an exceptional band composed of Piero Leporale, Lorenzo Carancini and an old acquaintance of RockOn, Barend Courbois, bassist of Blind Guardian.

Many of the incurable headbangers remained in Piazza Matteotti to pay tribute to a piece of hard ' n ' heavy history, which with its solid and precise drumming contributed to the release of an impressive series of Anthem sung at the top of an audience Completely freaked out. I also deserve an almost impeccable setlist, perfectly balanced between God and Black Sabbath. Different, as planned, excerpts from "Mob Rules" alternated with the classics of the band led by the unforgettable Ronnie James Dio as "Holy Diver", "Stand Up and Shout", "We Rock" and "Rainbow In The Dark".

Closing from anthology, then, with a devastating reprise of "Heaven and Hell", embellished by the remarkable bass solo of Courbois, last act of a live high voltage in which appice, assisted by a group of exemplary professionals has confirmed a "defender of the Faith "Stainless, maybe the drummer years ' 80 ideal: powerful, effective and always at the service of the song.

To mention, finally, the twinning celebrated on the stage of Piazza Matteotti between the RockOn of President Vittorio Lanzo and the association Steven Tyler of Antonio Grassi, cousin of the famous frontman Aerosmith, born from the common goal of being able to achieve The dream of organizing a concert in Calabria of the famous singer of Crotonesi origins. 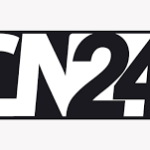