Again a slide on the SP 93 that connects Martirano Lombardo to San Mango D'Aquino Two important centers of the Reventino area.

A few days later and a few meters from the previous phenomenon a new slide has affected the important artery.

By now more and more frequent failures are repeated in a territory that remains at high risk of hydrogeological instability.

Already in the past years the "Direttissima", road linking San Mango D'Aquino and Martirano Lombardo, had been definitively closed due to repeated slides forcing motorists to travel the longest and winding SP 93.

The new unmottment took place in the territory of Martirano Lombardo, close to the municipality of San Mango D'Aquino.

The landslide affecting the road may have been caused by one of the many small aquifers that insist on the territory behind the road.

The concern remains high, also, for the inhabitants of the houses underlying the road structure of the provincial 93, which connects the two centres of Reventino, and we hope to be able to carry out shortly the necessary work of putting in safety and removal of the danger .

It is hoped that the competent bodies will intervene promptly to safeguard and secure an excessively fragile territory, before any accidents or irreparable damage happens.

At present the road is practicable on a single roadway. 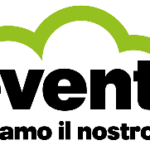